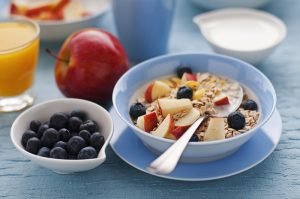 Antioxidants are substances that can prevent or slow damage caused by free radicals, unstable molecules that the body produces in response to environmental and other stressors. These compounds are sometimes known as free radical scavengers. Antioxidant sources can be natural or synthetic. Some plant foods are thought to be rich in antioxidants. The body also produces some antioxidants known as endogenous antioxidants.

Antioxidants that come from outside the body are called exogenous. Factors that increase the production of free radicals in the body include inflammation, air pollution, ultraviolet rays and cigarette smoke. Free radicals are associated with oxidative stress, cancer, arthritis, stroke, respiratory disease, immunodeficiency, emphysema (a type of chronic lung disease), Parkinson’s disease, and other inflammatory or ischemic diseases.

Antioxidants can protect the body against cell damage caused by free radicals, known as oxidative stress. Activities and processes that can lead to oxidative stress include:

Damage to tissue, due to inflammation and injury

Exposure to chemicals such as pesticides and medications, including chemotherapy

Such activities and exposures can lead to cellular damage. These factors, in turn, may lead to these reactions in the body:

Activation of phagocytes, a type of white blood cell that plays a role in fighting infection

All of these can lead to oxidative stress.

It is thought that there are hundreds and possibly thousands of substances that can act as antioxidants. Each has its own role and is able to communicate with other antioxidants so that the body works effectively. Examples of antioxidants that are obtained from foreign substances are:

Flavonoids, flavones, catechins, polyphenols, and phytoestrogens are a variety of antioxidants and plant nutrients, and they are all found in plant foods. Each antioxidant has a different function and cannot be replaced by another substance. This is why it is important to have a varied diet.